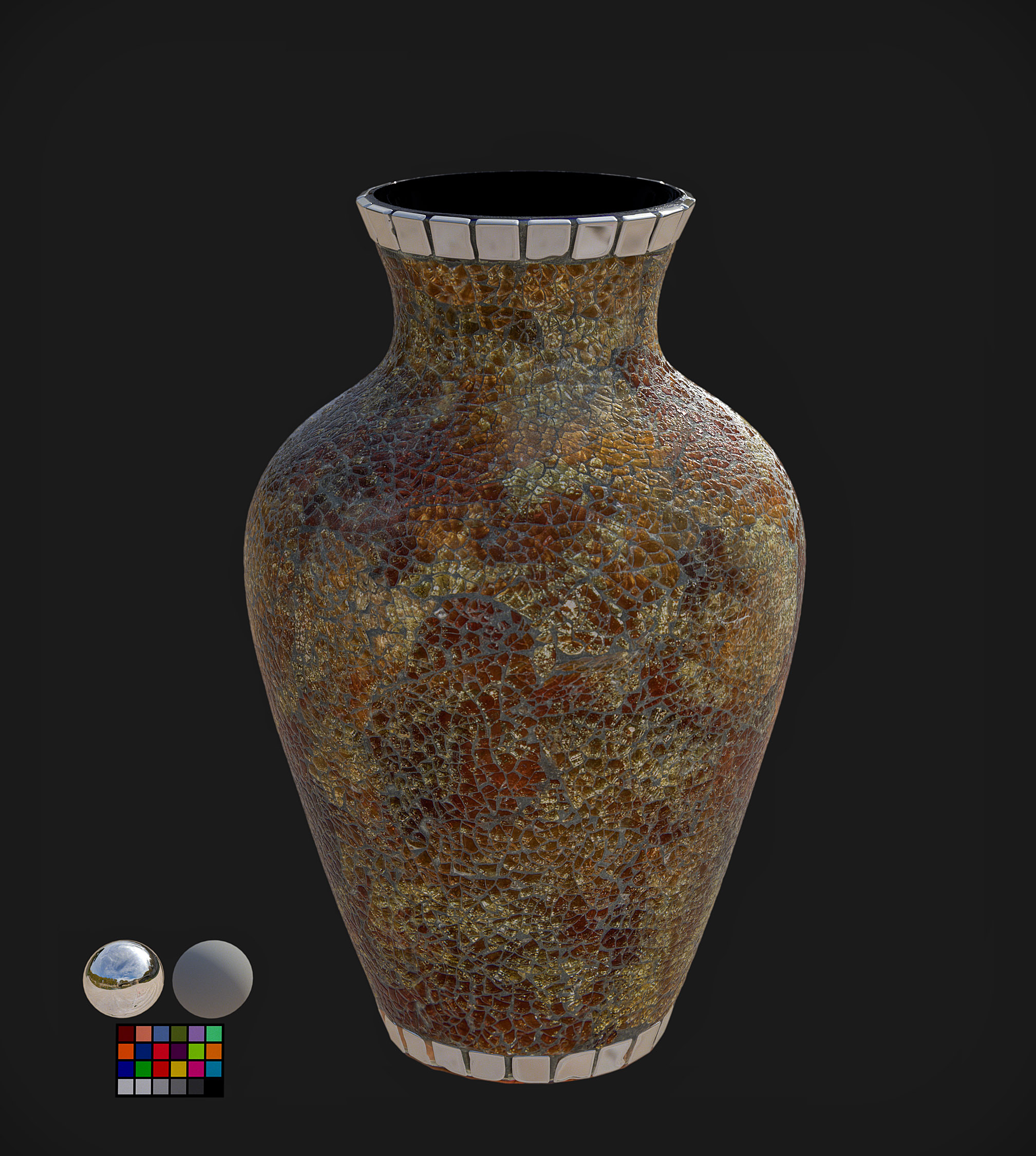 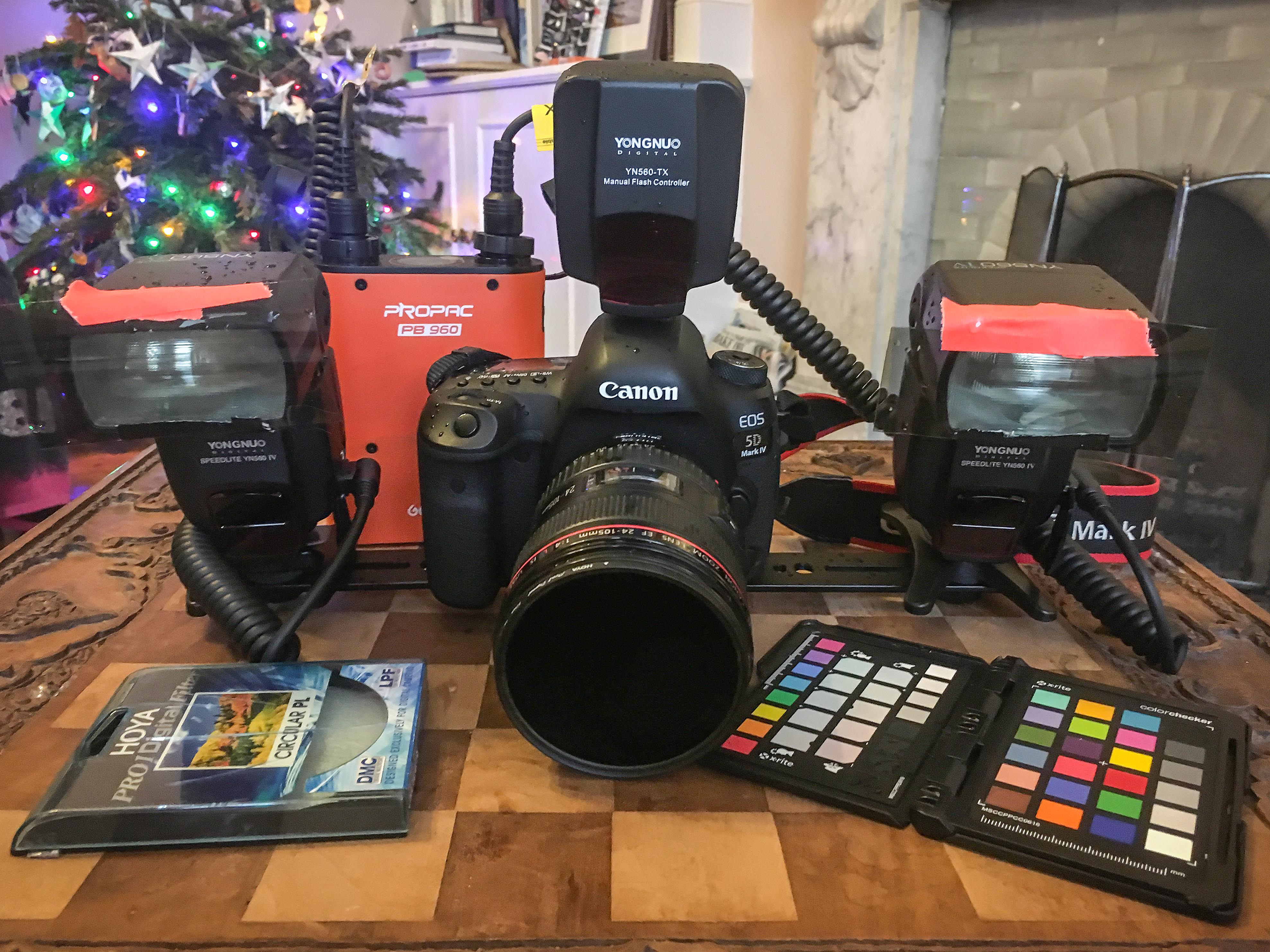 I recently put together a portable polarised texture rig in the hope of improving my texturing workflow for handheld photogrammetry (image above). The aim for this experiment was to see whether it would be possible to use this setup to capture clean textures, suitable for relighting and rendering in Maya. Admittedly when planning the design of this setup I wasn’t completely confident that it would work due to the flashes being so close to the camera. From working on texture shoots in the past, I have learned that the polarised light source works best when positioned at a either a direct angle, or at 45 degrees from the subject. So for my portable rig to be successful I would have to shoot pretty close to the subject if I were to achieve anything close to a 45 degrees. Due to being so close, it made it important to be extra careful with exposure settings to avoid blowing out brighter, more reflective areas within the images.

Once I had refined the setup and found a way to work with all the physical limitations, it started to produce some pretty exciting results. See below images of subjects in both polarised and non-polarised states.

The higher the specularity on a surface, the better the contrast will be between the two lighting conditions. The facial skin has a lot of contrast between the two, as the oily skin produced high levels of specular reflectance in the non-polarised image. For me, the most impressive example is the carved wooden chair; you really get to see how deep the colours are in the wooden grain once all the specular is removed.

Once I found that this rig actually worked, I got a bit over excited and began clearing all the shelves in our house, collecting various objects to take outside and test on.

After scanning a whole range of different things, from pieces of fruit to a set of Russian Dolls, the object I chose to work on was a mosaic vase, made up of all kinds of reflective materials; mirrors, crystals, etc. It was an object that would usually be a nightmare to capture, but in this situation a great test for my portable texture rig.

Luckily I was able to capture a set of images that easily aligned in Agisoft and the texture map was much better than I would have normally expected when scanning a prop of this kind. The areas with mirrored surfaces didn’t come out so well, but seeing as it was such a simple object to model, a bit of mesh fixing didn’t worry me too much. For texture painting I had a go at using Substance Painter, which was a new experience for me, as I am used to only painting with Mari. I have been told that Painter is really easy to use and has some amazing tools, so hopefully after a few more mini projects I will be able to share some insight into all of this…

See below a simple breakdown of each stage on the mosaic vase. 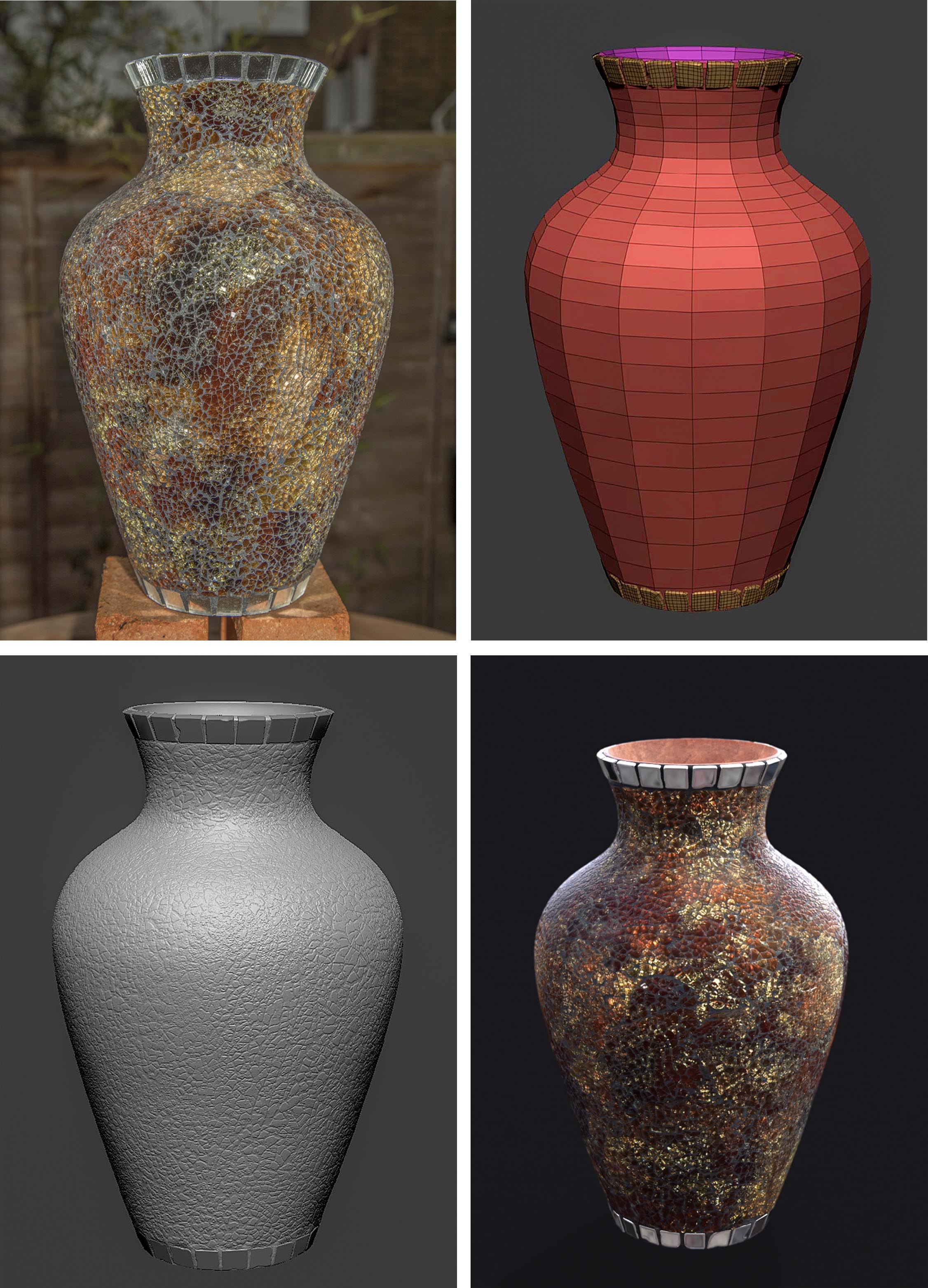 The main focus for this project was to try and create a handheld rig that could capture polarised textures, to support a PBR workflow for relighting and rendering in Maya. Despite the minor limitations of the rig, I feel like it was definitely a success and has had a really good impact on my texturing workflow. When it comes to close range photogrammetry, I imagine I will be using this setup quite a lot in future.

See below a rendered turntable of the final textured model.